info@burkecgi.com
Home
Who We Are
What We Do
How We Do It
Our Work
Employee Portals
Newsroom
Community
Testimonials
Join the Dream Team
Contact The Cashman Equipment HQ 55-acre site is laid out as a campus with 7 separate buildings – each housing a separate operation of the facility. The seven buildings include Power Solutions/EPG, Cat Rental Store, Weld Shop, Dyno Shop, Administration, Warehouse and Equipment Shop. The facility had to conform to Caterpillar Corporate Design Guidelines and the owner’s desire “to be as sustainable as possible.” Sustainable features include a ground source heat exchange for HVAC, daylight in 90% of regularly occupied spaces, daylight harvesting (with associated building controls), waterless urinals, low-flow fixtures, occupancy sensors, native landscaping, and recycled and local materials. This project was certified LEED Gold, won multiple NAIOP awards as well as ENRSouthwest Best Green Building award in 2009. 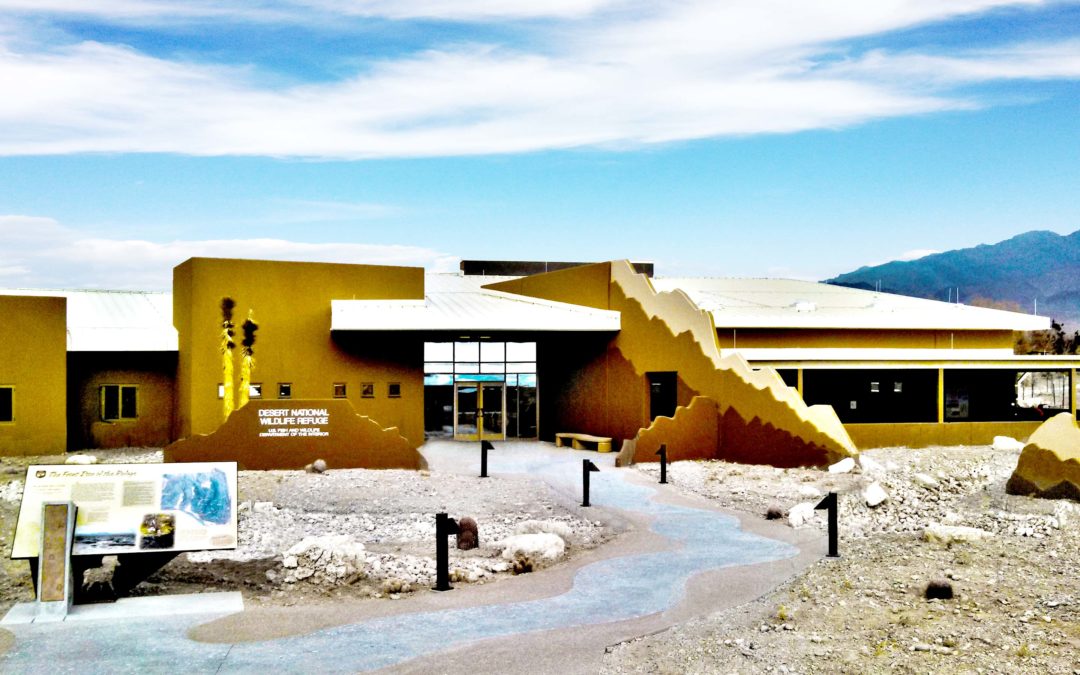 This project was for the U.S. Fish & Wildlife at the Desert National Wildlife Refuge and consisted of a renovation of the contact station to a visitor station. This facility is a LEED Platinum rated facility and serves as a regional destination and major access point to the 1.5 million acre range. Key sustainable features include water-efficient fixtures, high-performance glazing, and HVAC systems that reduce energy costs, extensive daylighting and low VOC materials. The concrete tilt-up structure features unique touches in the public spaces such as replicas of fossils indigenous to the area cast into the walls and floor patterns that map the flow of spring run-off streams on the site.

2015 US DOI
Environmental Achievement
US Department of Interior